Journey of the Universe

Imagine experiencing Earth’s beauty for the first time—its birds, fish, mountains, and waterfalls. Imagine, too, the vastness of Earth’s home, the universe, with its numerous galaxies, stars, and planets. Surrounded by such magnificence, we can ask ourselves a simple question: Can we find a way to sink deeply into these immensities? And if we can, will this enable humans to participate in the flourishing of life?

We are the first generation to learn the comprehensive scientific dimensions of the universe story. We know that the observable universe emerged 13.8 billion years ago, and we now live on a planet orbiting our Sun, one of the trillions of stars in one of the billions of galaxies in an unfolding universe that is profoundly creative and interconnected. With our empirical observations expanded by modern science, we are now realizing that our universe is a single immense energy event that began as a tiny speck that has unfolded over time to become galaxies and stars, palms and pelicans, the music of Bach, and each of us alive today. The great discovery of contemporary science is that the universe is not simply a place, but a story—a story in which we are immersed, to which we belong, and out of which we arose.

And this changes everything. 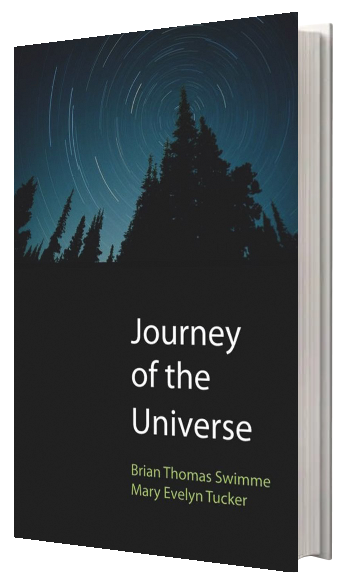